Showing posts from July, 2018
Show All

How are your devices kept cool? 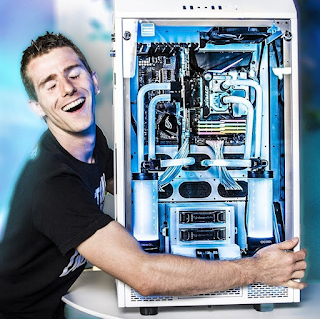 How are your devices kept cool? In our pockets, we carry around devices that used to take the space of an entire room.  They stay cool, or sufficiently cool to operate, even though we are processing massive amounts of data at our fingertips.
But how? How are computers, laptops, tablets and phones kept cool? I found myself discussing this with a friend and decided it would make for an interesting blog post.
Over the last year, I've developed PC building as a hobby and cooling is one of the more interesting topics. Cooling a computer touches on a lot of topics in physics, particularly fluid flow and thermodynamics.
I'll discuss the cooling of computers first, then move through laptops, tablets and phones. Rather than explain the principles first, I'd like to discuss them in passing.
Computer cooling: Heat sinks and Fans
A computer generally has two components that need to be actively cooled. The first is the Central Processing Unit (CPU) which is present in all modern day c…
Read more
More posts