Over on The Chronicle Flask's page, a climate change "skeptic" responded to a share of a guardian article on Trump's "crackdown of politicized science".

He shared a youtube movie, which is relatively short. I'll reply to it here. It's called Climate Change in 12 Minutes - The Skeptic's Case. It is authored by a Dr. David Evans, who is not unknown. 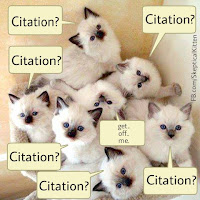 The first claim is that they checked the climate models versus the latest data, and the climate models got all the major predictions wrong. Beyond the obvious request of a (peer-reviewed) citation, the claim opposes various papers. A few examples:
Rather than continuing on that claim, they move on to a second one. They explain the common CO2-water vapour feedback (explanation), and then continue to note that water vapour basically means clouds which will reflect the sunlight back. As this changes the energy coming in from the sun, thereby cooling the earth and reducing warming effects.

However, it is not that simple. Clouds at low-levels mostly reflect sunlight, cooling the planet. High-level clouds, however, trap heat and thereby greatly increase the warming effects. It won't surprise you that this is taken into account in the models in use by e.g. the IPCC (explanation, ipcc). The IPCC reports, amusingly, that one common-bias found by observational tests is an over-prediction of optically thick clouds. Those are the clouds that reflect sunlight, thereby inducing cooling. Yes, the effect they claim is ignored has actually been over-estimated. Current knowledge is that when the temperature increases, the low-level clouds their presence is reduced, leading to reduced cooling (faster warming) (DOI: 10.1007/s00382-011-1279-7).

They then claim that, because the Earth has a "long-lived and stable". A few points to make. While the planet has never gone into runaway greenhouse effect like Venus has, that doesn't mean the turning point is suitable for H. sapiens or any other species living today. An additional point is that we probably can't call human activity a perturbation. It is true that one way to test the stability of a system is by perturbing it slightly and seeing how it responds. A system that can withstand a small perturbation is stable. It is not at all clear that human activity fits this description. Human activity simultaneously adds heat and skews the response in the wrong way. I must emphasise just how much CO2 is added by our species, and worse greenhouse gases too boot. We're not giving the system time to respond; we add 0.5% CO2 to the atmosphere yearly, which is our net contribution (Wiki). Typically responses to small perturbation are slow, because the system feedback slowly recovers its original state. We don't give it that time.

At this point, I must admit I'm losing interest. Yelling that something is wrong won't help, and the data and conclusions used in this video would lead to several high-impact publications (if they pass peer-review).

They ramble on, mentioning that the models predict an atmospheric hotspot which wasn't found (data error) and that earth radiation hasn't decreased (it has).

As I might have mentioned before, I grew up in a Dutch Polder. Close to my parental home is a little sign stating "Welcome to sea bottom!". For the Netherlands, all of this is more real; a lot more of the local effects are already visible, with double the average temperature increase, the introduction of a summer, increase in precipitation and heavy rainfall occurrences (source).

I know that the mechanisms explained in the video sound relatively simple and accessible. They are, which is why the proper response to this sort of video is to see if the climate scientists have actually checked. Not surprisingly, usually you'll find that they did. Ultimately, the message is that you should check your sources. Not only to see if they're credible, but if there are better or equivalent sources available.

July 24, 2014
An anti-GMO article was posted on IFLS; Let's respond. The 8 shocking reasons are false. Let me show you. Response: [8 Shocking reasons GMO's are bad for you]. 1. Health consequences are largely unknown. [health consequence of gmo] on scholar.google gives a great many results. This article seems rather nice: http://rameznaam.com/2013/04/28/the-evidence-on-gmo-safety/ 2. GMOs are unlabeled in America. And the european union has banned gmos! That's good to know, as I live there and didn't know that. Indeed, the EU doesn't  know it either; http://ec.europa.eu/food/food/biotechnology/index_en.htm . On a sidenote, they aren't labelled in our shops either. 3. Genetic modification reduces genetic diversity. That's not even true; we introduce a variation artificially, but they still vary. Indeed, the aim of GMO's is often to increase the robustness of the crop to many kinds of things, including those noted in this reason. I'm not sure how
Read more

Introduction While reading my delightful new book - which I will name at the end - I realised how only a small part of people realises all implications of natural selection. It was Charles Darwin, in the Origin of species (By means of natural selection) that first postulated an explanation of evolution by a one mechanism of heritability and another of variability. We know both mechanisms; they are in our DNA. DNA is the mechanism of heritability, and copying errors and sexual reshuffling are the mechanism of variation. Not too long ago, breeding was invented. By this I do not mean merely the breeding of livestock, but the deliberate selection of offspring so as to produce some sort of phenotypical change. The result are the many 'races' of dogs and cats we are familiar with.  The first chapter of the Origin is `variation under domestication', and is essentially about breeding or artificial selection. From there, Charles Darwin leaps onto 'variation under Na
Read more