Showing posts from April, 2016
Show All

Introduction Screenshot of the conversation that instigated this post. The Credible Hulk  made a few posts on General Relativity, which is Einstein's theory of gravity. The comment thread to the right (image) ensued. I have taught myself some general relativity, and I am aiming for a Ph. D. that involves general relativity. Can I explain it, even if slightly? I think I can, at least, try to do so. So, here I will try to explain the concepts involved: Riemann Tensor Ricci Scalar Ricci Tensor Christoffel Symbol Energy-Momentum Tensor ..  As you can see, general relativity is scary. It really is - one of the standard texts for an introduction course is Spacetime and Geometry by Sean Carroll, and the first four chapters are mathematics.  Yet the information contained does have conceptual explanations. There's a familiar one, involving space as a sort of elastic cloth and planets and stars as really heavy balls that dent the fabric.  However, I al
Read more 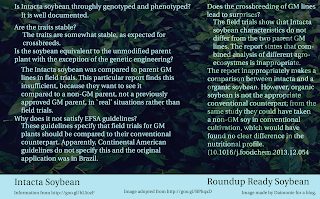 Introduction In a comment to a pro-GM post, someone served me this post  "No scientific evidence of GM food safety". That sounds suspect, but it is a post about a report by the Norwegian Environment Agency. So what's going on? The first thing that sprang to mind is the difference between the following two statements: GM products are safe, because there is no evidence of harm. GM products are not unsafe, because there is no evidence of harm. The first can be false while the second is true. Among others, the first hypothesis requires far more evidence than the second.  The report itself is titled " Sustainability Assessment of Genetically Modified Herbicide Tolerant Crops", subtitled " The case of Intacta Roundup Ready 2Pro Soybean Farming in Brazil in light of the Norwegian Gene Technology Act".  This is a case study, not a study of GM in general. The report is in two parts, the first addressing the ecological aspects of the GM plan
Read more 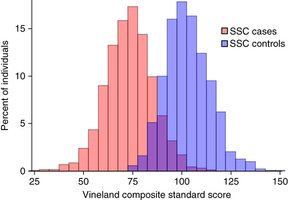 Introduction Today is Autism Day . Autism is an often misunderstood diagnosis; many think of it as a disease. Furthermore, there is a thriving industry of autism woo  that capitalises on that misunderstanding. Many people have some traits, but not nearly enough to be diagnosed. I will explain this as I discuss the biological origins of autism. If you are interested to see if you have some traits, the AQ test is an amusing start.I score 43 on that test, which is not that weird as I have an official diagnosis of Autism Spectrum Disorder (ASD). What is Autism?  Wikipedia  describes the characteristics rather well: Under the DSM-5 , autism is characterized by persistent deficits in social communication and interaction across multiple contexts, as well as restricted, repetitive patterns of behavior, interests, or activities. These deficits are present in early childhood, and lead to clinically significant functional impairment.  Vineland score, adapted from  BioRxiv . Defi
Read more
More posts