Well, let's take a look at the abstract.


A significant number of genetically modified crops have been approved to enter human food and animal feed since 1996, including crops containing several GM genes `stacked'into the one plant. We randomised and fed isowean pigs (N=168) either in a mixed GM soy and GM corn (maize) diet (N=84) or an equivalent non-GM diet (N=84) in a long-term toxicology study of 22.7 weeks (the normal lifespan of a commercial pig from weaning to slaughter). Equal numbers of male and female pigs were present in each group. The GM corn contained double and triple-stacked varieties. Feed intake, weight gain, mortality and blood biochemistry were measured. Organ weights and pathology were determined post-mortem. There were no differences between pigs fed the GM and non-GM diets for feed intake, weight gain, mortality and routine blood biochemistry measurements. The GM diet was associated with gastric and uterine differences in pigs. GM-fed pigs had uteri that were 25% heavier than non-GM fed pigs (p=0.025). GM-fed pigs had a higher rate of severe stomach inflammation with a rate of 32% of GM-fed pigs compared to 12% of non-GM-fed pigs (p=0.004). The severe stomach inflammation was worse in GM-fed males compared to non-GM fed males by a factor of 4.0 (p=0.041) and GM-fed females compared to non-GM fed females by a factor of 2.2 (p=0.034) [Source]

Another review of 19 studies of mammals fed GM soy or maize has recently been
conducted (Séralini et al., 2011).


Yes, because it's IFLS that was sold out. Seralini? Really? Seralini is a bought out, fraudulent pseudoscientist. If you're talking "Conflicting interests", he's the avatar of it.


If you look at the autopsy result section, you will note a peculiarity. Their conclusion (25% uterine weight difference) does NOT include the measurement uncertainty. Using their data, I can however evaluate a lower limit for their uncertainty. If we evaluate this, we find that the uterine weights of the non-gm fed and gm fed groups become 0.084+- 0.0197 [mass units] and 0.105+-0.0226 [mass units]. As you can see, the data is well within 1-sigma range of each other and there is thus NO significant difference. Their error is simply too large (20%!). Actually, the error is even larger; I just approximated it neglecting the error in "uterine weight" measurement using the error in "body weight" measurement.

If anything, that just shows pigs get stomach inflammations. Randomly assigning groups isn't really going to help there; indeed, with only ~36 individuals per group, splitting up the groups isn't exactly common or necessary. Especially into four groups. If we took two groups, for instance (nil-mild, moderate-severe), then there is NO difference.

How did they split?


Inflammation was classified as nil, mild, moderate, or severe based on a combination of the area of current inflammation and level of redness and swelling.

Actually, that tells us nothing. You see, a "combination of factors A and B" tells us nothing about how they combined it. As a result, there is no way to check this; if you are "combining" factors A and B you're going to have to add a table of the data! What were the areas of current inflamation? What was the level of redness and swelling?

We have seen that, for the conclusion of increased uterine weight:


Lower-bound calculation for the measurement error shows that the weights are well within 1-sigma range of eacher other.

As for the  inflammations:


Determination of categories was found to be impossible due to vague wording and omission of data. It was shown that pigs get stomach inflammations often, and that there was no significant difference in the number of pigs getting a stomach inflammation.

As a result, the conclusions are false. I really don't want to imply these authors were intentionally reporting this wrongly, but I do think they need to do a course on error analysis. The uterine-weight error is just really, really sad. That shouldn't happen - they teach it in the first year of the B.Sc. in Delft.

The second error is more suspicious. They know, or should know, that they should max reproducibility; why not include that table? Why not show the data? A simple table with the raw data should be possible, yes? "Non-GMO fed males, severe inflammation; surface area x, redness/swelling y".  That's all it needed. 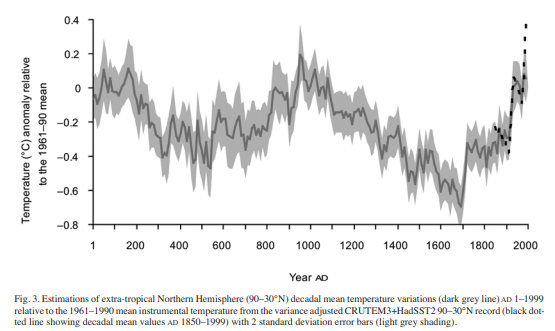